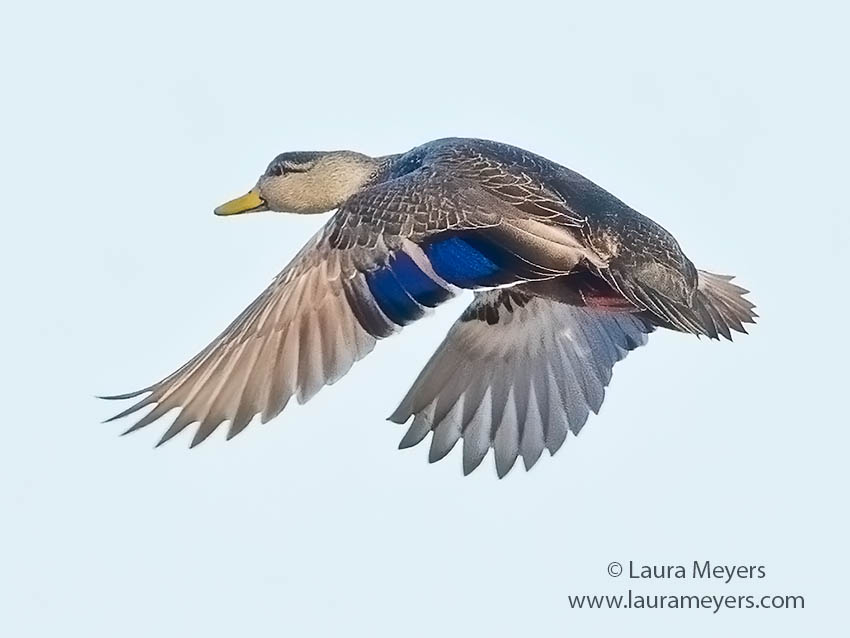 The picture of the American Black Duck in Flight was photographed at the Forsythe National Wildlife Refuge in New Jersey. Look for American Black Ducks in both fresh and saltwater in eastern North America, where they will look like female Mallards except with an olive-yellow bill and overall darker, higher-contrast plumage.