The photograph of this Blue Jay in a Tree was photographed at Green-wood Cemetery in Brooklyn New York. The black bridle across the face, nape, and throat varies extensively and may help Blue Jays recognize one another. 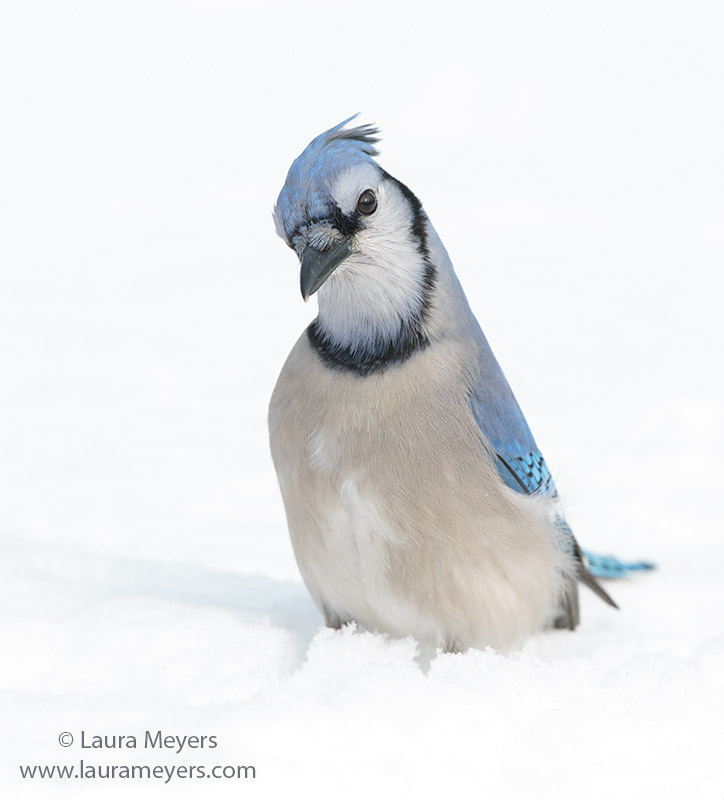 To hear the song of the Blue Jay, click on the arrow below. 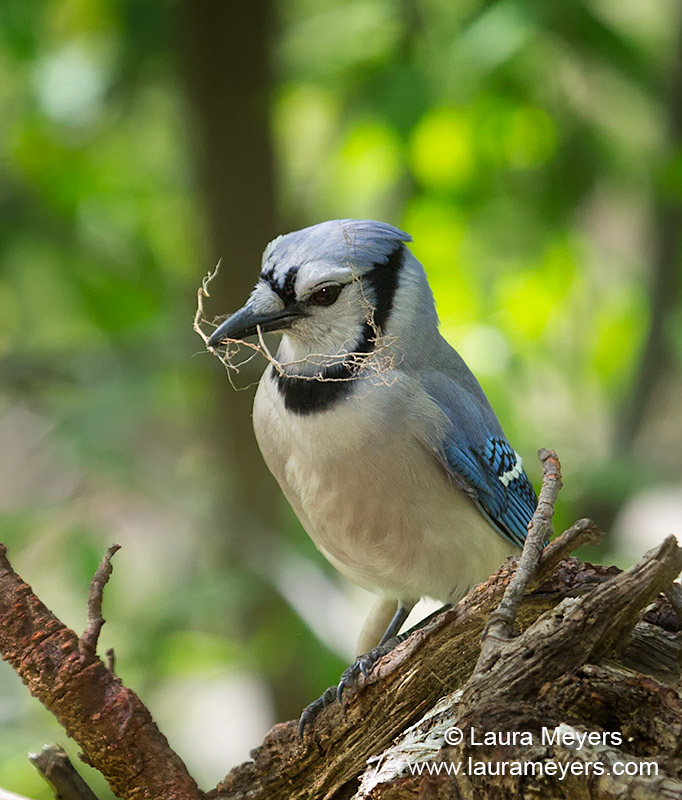 Both members of the Blue Jay pair gather material and incorporate into nest, but males appear to do more of the former, and females more of the latter. The outer shell is composed primarily of strong, fresh twigs, sometimes thorny species, but also may include dead twigs. Twigs used in outer shell of the nest is usually taken from live trees, often with great struggle. Size of twigs decreases toward nest cup. The cup usually is lined with tough rootlets; sometimes lined with wet, partially decomposed leaves and mud is often incorporated in nest 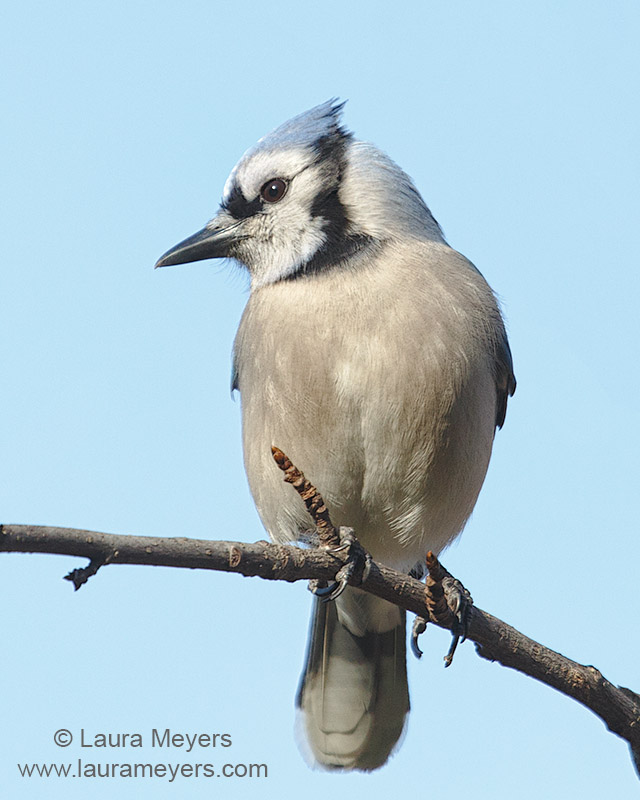